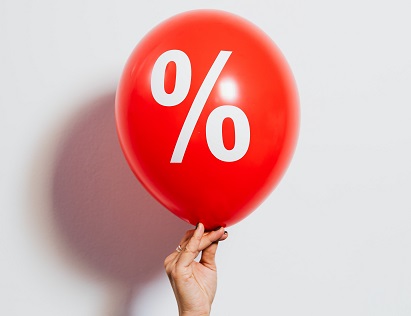 Inflation is like rust; it silently but steadily erodes your hard-earned savings.  Over the years, even modest inflation adds up to a material reduction in the spending power of your cash.  It is a secret tax on savers paid to borrowers and governments.  Protecting your investments from inflation is therefore an important objective.

Thankfully, reducing inflation has been the primary focus of central bankers, such as the Reserve Bank of New Zealand, for the past 30 years.  To date, central bank actions have generally tamed inflation but have been assisted by the favourable tailwinds of trade globalisation and digital technology.

Yet central bankers fear deflation more.  Deflation is where the price of goods and services fall and so the spending power of cash increases.  This phenomenon causes people to hold back on investment and spending because they believe things will become cheaper in the future, creating a vicious cycle of lower prices and lower growth.  Following the property bust in 1989, weak growth and bouts of deflation has been a feature of the Japanese economy.

Following the Global Financial Crisis in 2008-2009, central banks feared a similar Japanification of the Western economies or even a 1930’s-style deflationary depression.  In response, central banks pumped the banking system with cash.  In some cases, they opted to print that cash - more euphemistically called quantitative easing - in vast quantities.  Central banks also pushed interest rates down to historically low levels to stimulate the global economy.  So much so that the returns of low-risk assets like term deposits and bonds have fallen to levels that fail to compensate investors for even modest inflation, and that is before tax.  This so-called financial repression means savers are being deliberately penalised for not spending their savings or taking on greater risk.  To escape financial repression, many investors have borrowed money and invested in riskier asset classes, such as residential property and shares at ever higher valuations and ultimately lower returns or yields.

Interest rates, the price of money, are a key foundation of all asset valuations.  All else being equal, if interest rates fall, asset prices will rise and vice versa.

This spectacular asset price growth witnessed since 2009 was admittedly also an intended outcome of the central bank measures.  The psychological impact of people feeling wealthier means that they are likely to spend more and stimulate the economy.  Whether this wealth effect has worked much is hotly debated, however central bankers have become obsessed with its importance and relatively unconcerned about potential financial excesses, including ever growing debt levels, because of it.   Moreover, at the first sign of share or property market reversal, central banks have comforted the markets by further money printing, lowering interest rates, relaxing lending standards or assuring investors that interest rates will stay low for a long time.   The unintended consequence of this support has led many investors to believe there is no risk to asset prices seriously falling, in turn leading to more borrowing and ever higher asset prices.

The “irrational exuberance” that many people consider to feature heavily in current asset prices, from residential property, Tesla shares and Bitcoin, is therefore being sustained on the belief that inflation and interest rates will stay low forever. In some cases, asset valuations have escalated to certain levels that are hard to reconcile to any sensible fundamental basis, earning a “bubble” moniker.

So what can upset this delicate balance between maintaining high asset prices, some of which are in bubble territory, and keeping interest rates low to avoid deflation?  The obvious answer is a belief by central bankers and markets in general that inflation is more of a risk than deflation and that continuing to keep interest rates low and money-printing will cause a damaging inflationary spiral.   If central banks are true to their inflation targeting credentials, they would then allow interest rates to rise.  This in turn would make all manner of riskier investments relatively less attractive and potentially lead to a correction across many of those asset classes.

Are we now at the point where inflation is a concern and interest rates might rise?

In response to the 2020 global pandemic measures, not only have central banks continued to print more money and lower interest rates, but governments have abandoned fiscal restraint and started to spend that money.  The size of government borrowing and spending is on a scale, in some cases, not seen since World War II.  This government spending is likely to be mistimed as economies emerge quickly from post-Covid hibernation and often wasteful.   The ingredients for a return of inflation, even relatively modest inflation, are more readily recognised.  And in New Zealand, barring a return to Covid lockdown measures, inflationary pressures are already apparent.  Yes logistical challenges and closed borders because of the pandemic response have caused price pressures for a number of goods and services but many economists believe the Reserve Bank of New Zealand will begin, after already halting its money printing programme, to steadily raise interest rates.

Next blog we will discuss what rising interest rates and inflation may mean for different asset classes but also what other scenarios may await our future.

What our clients have to say